This year, robots are searching for proofs of life on planet Mars. The rock samples potentially containing living organisms are represented by red or blue balls. To be safely brought back to Earth, they need to be maintained at the same cold temperature as the place they were collected. So there are two kinds of containers: two cooled containers where the samples don’t need anything else to be preserved, and a standard container where the samples need to be packed with ice, represented by white balls. 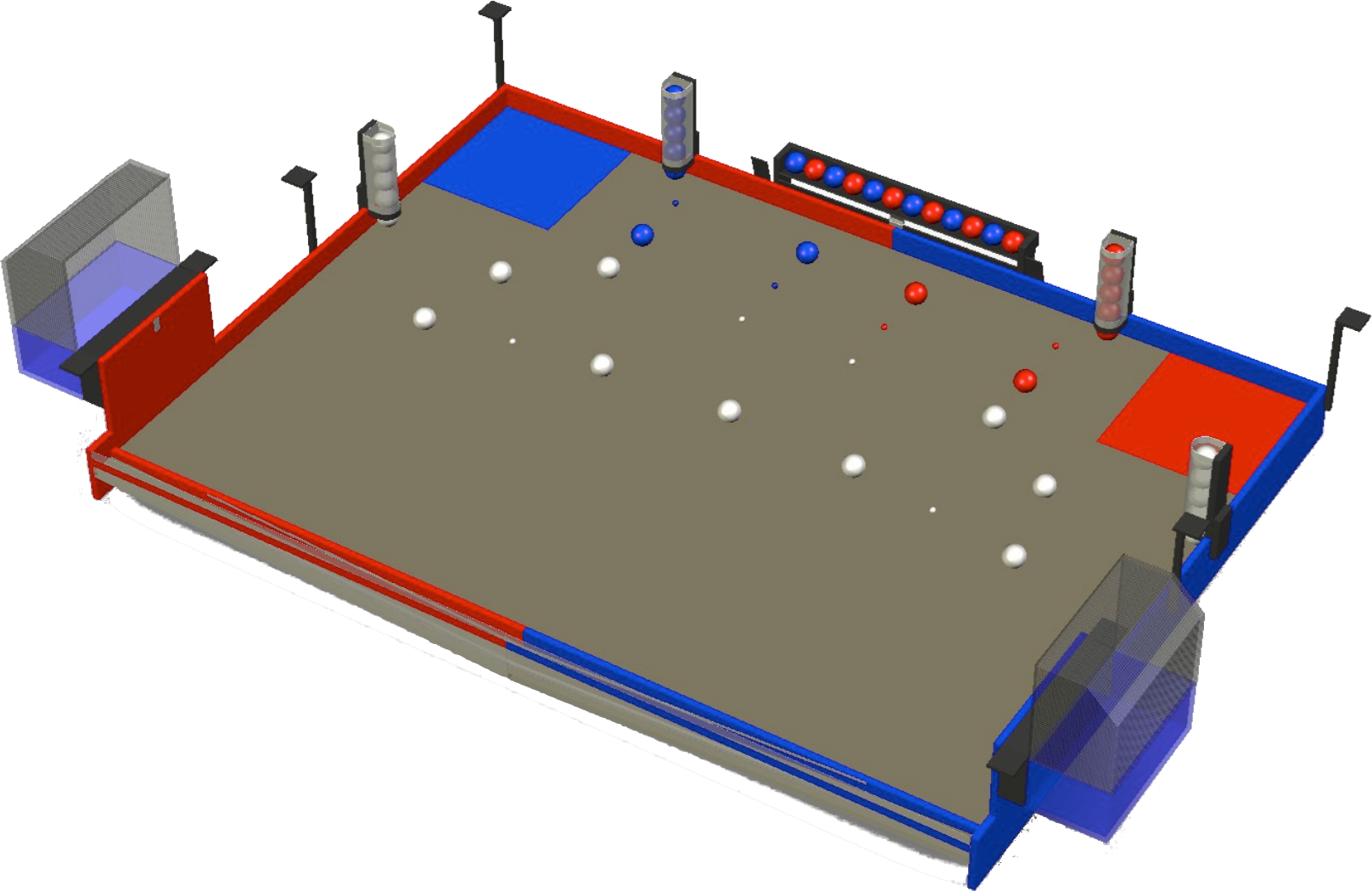 Taking its name from Calamity Jane, our robot uses its barrel to sort the hockey balls as they are grabbed by her brushes on the front of the robot. Calamity can then empty the barrel in the scoring area when she has a ready sequence or discard any opponent object she encounters. She was also equipped with a laser telemeter to find the balls on the playing field but it was not used at the contest due to a lack of development time. 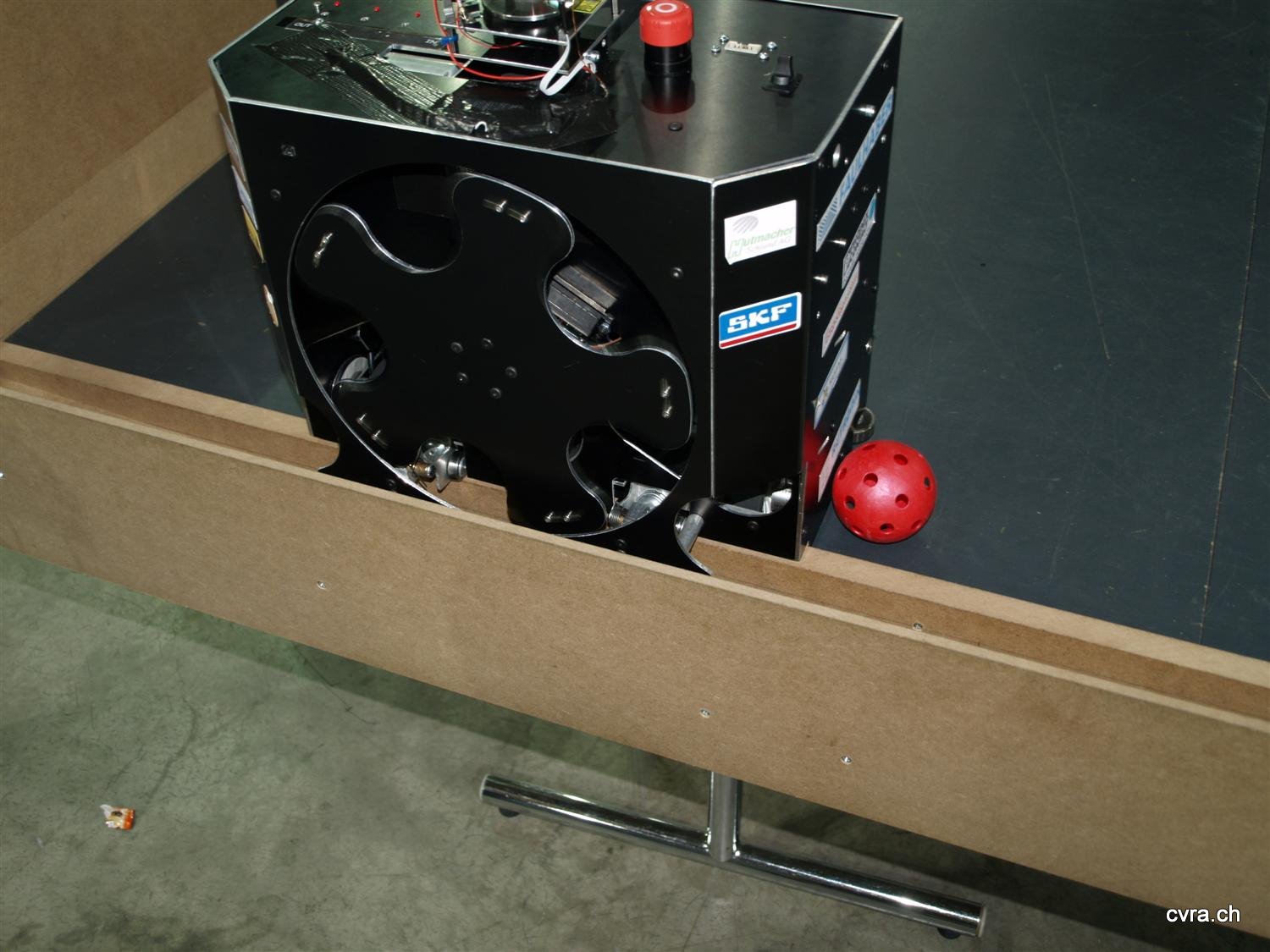 One big technological change that year was the introduction of our new laser-based robot positioning system. Each robot has a rotating laser emitter on it and there are 3 receivers fixed on the playing field. Every time the laser beam is seen by a receiver, it publishes a radio message back to the robot, which allows us to know at which angle the receiver is. Then the position of the robot can be obtained using simple geometry calculations. If you want more details about the system see attached PDF below. 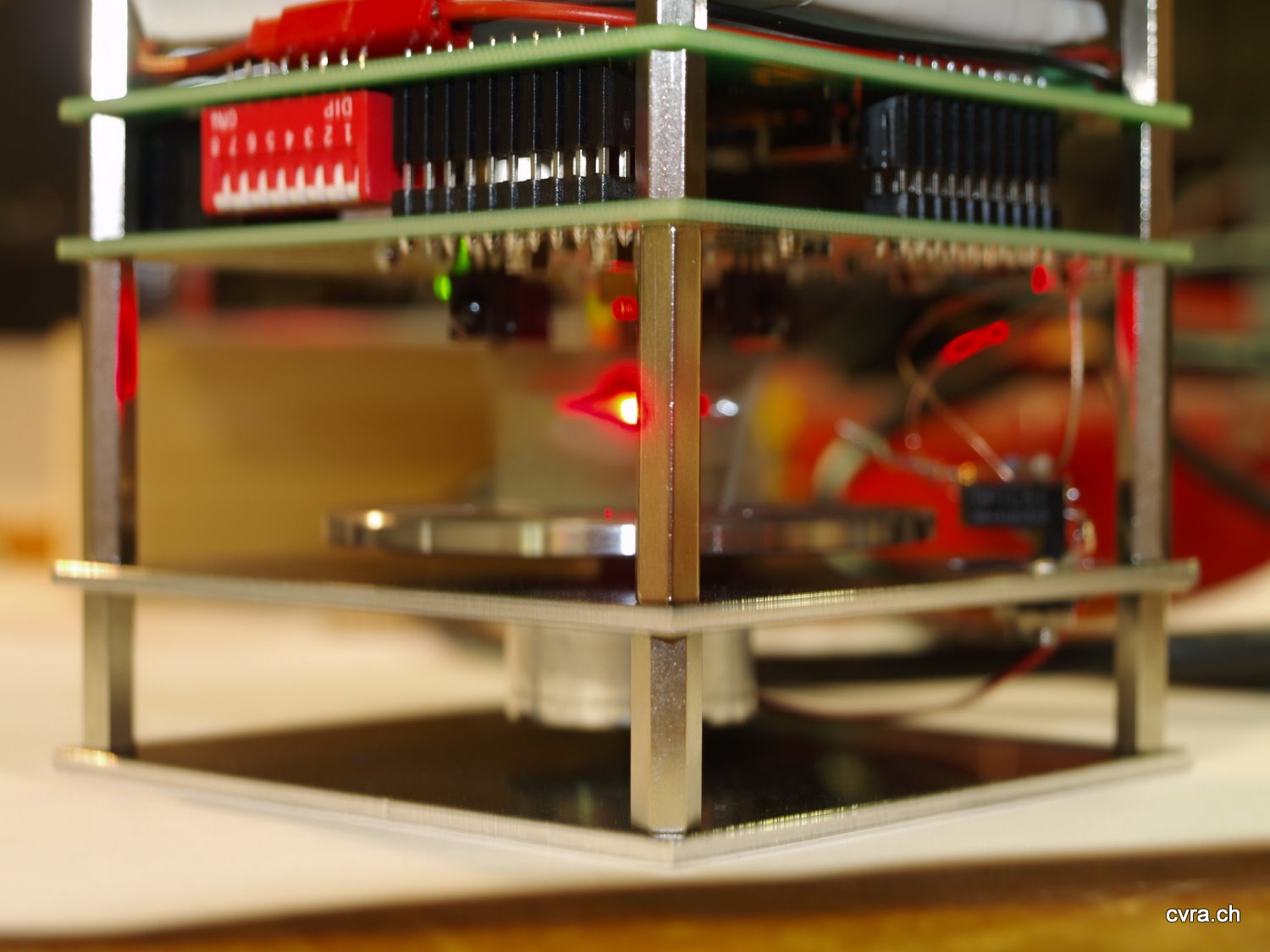