This year’s goal is to make robots build a better city. The robots mission consists of: 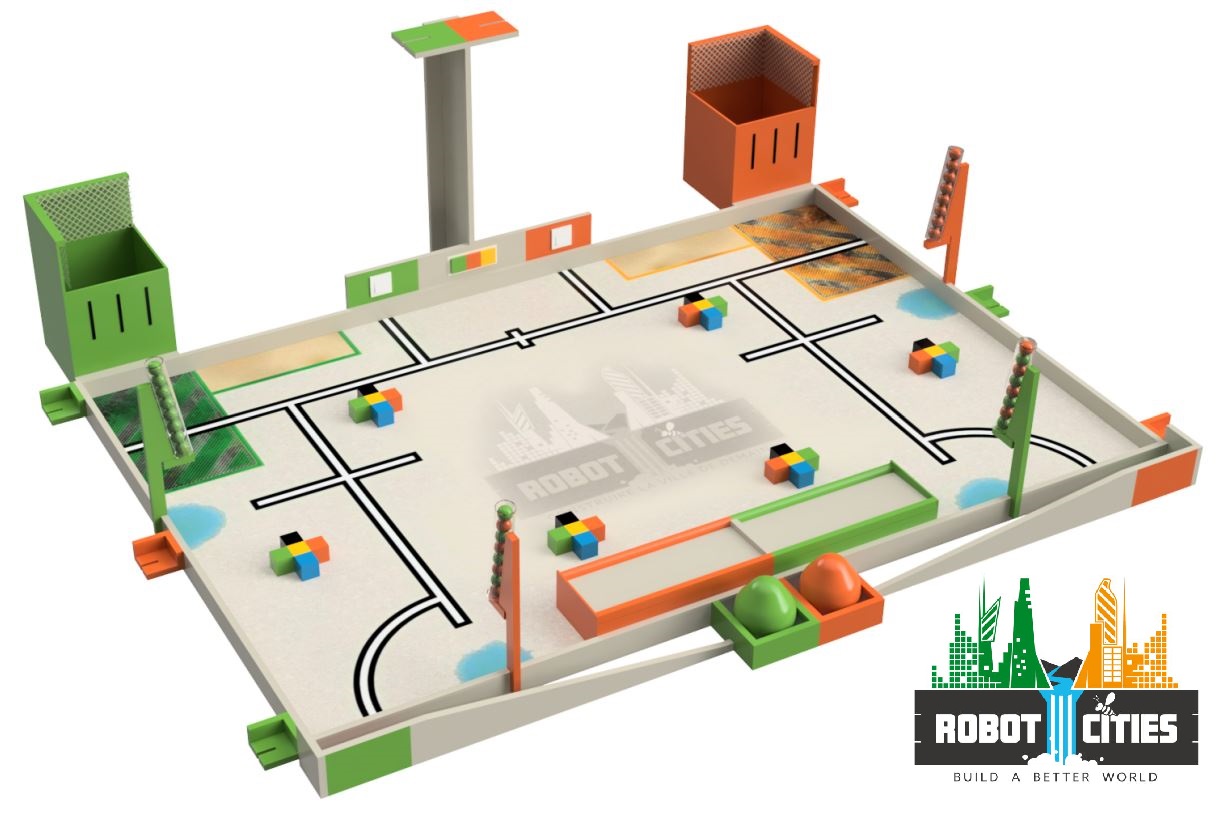 This year we decided to build two identical robots: Order and Chaos. They can perform all the tasks (except sorting water balls by color) and they both fit in the small robot size constraints. The full CAD drawings of our robots is released under the Creative Commons CC-BY-SA-4.0 license on GrabCAD. 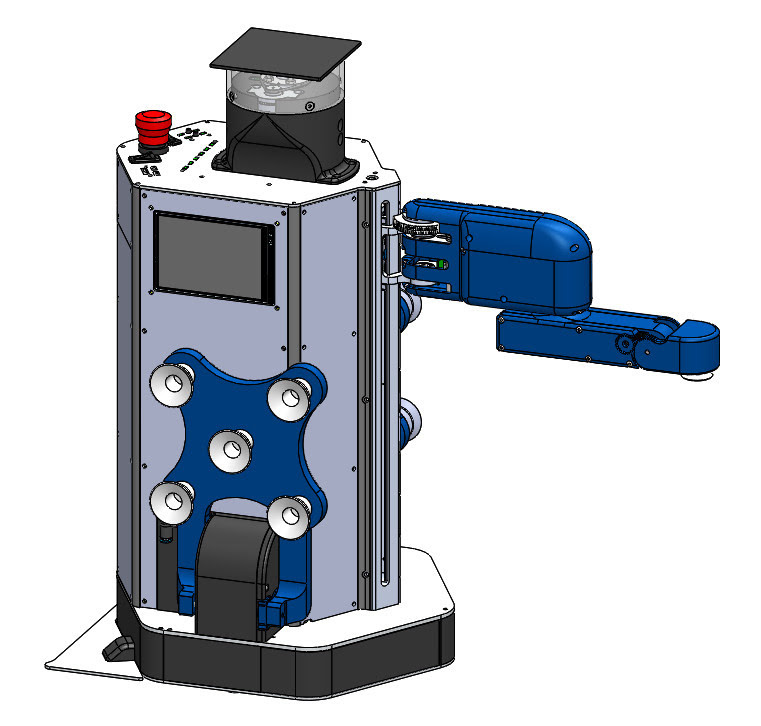 In the back, the robot is equiped with a SCARA arm, the same we have been developing for the last few years for Debra. This year, the arm had 4 axis: a linear Z-axis, a shoulder joint, an elbow joint, and a wrist axis. At the end of the arm, a suction cup allows it to carry cubes and build towers. A sensor board next to the suction cup also lets the robot know if it successfully picked up a cube and to inspect the tower it’s building.

On the sides, two levers with 5 suctions cups each enable each robot to pick up to 10 cubes at a time. The robots can thus quickly get hold of most cubes on the table in the first moments of a game.

On the front, the robot has a ball gun made of a retractable tube. The balls are sucked or pushed by a turbine, and the balls are ejected out by active rollers that spin at the desired speed.

For more details about the modular electronic boards we develop and use to build our robots, visit our Technologies page.

Here is a short video we made to present our robots for the Eurobot competition.

This season was rather busy. We started off by going to the Belgium contest in March, where we only had one (half) robot. There, we got to test and validate a few design choices and implementations: the domotic panel, the bee, and the tower building.

Three weeks later, in April, we played in the Swiss national contest. We had both our robots ready this time and we finished second. 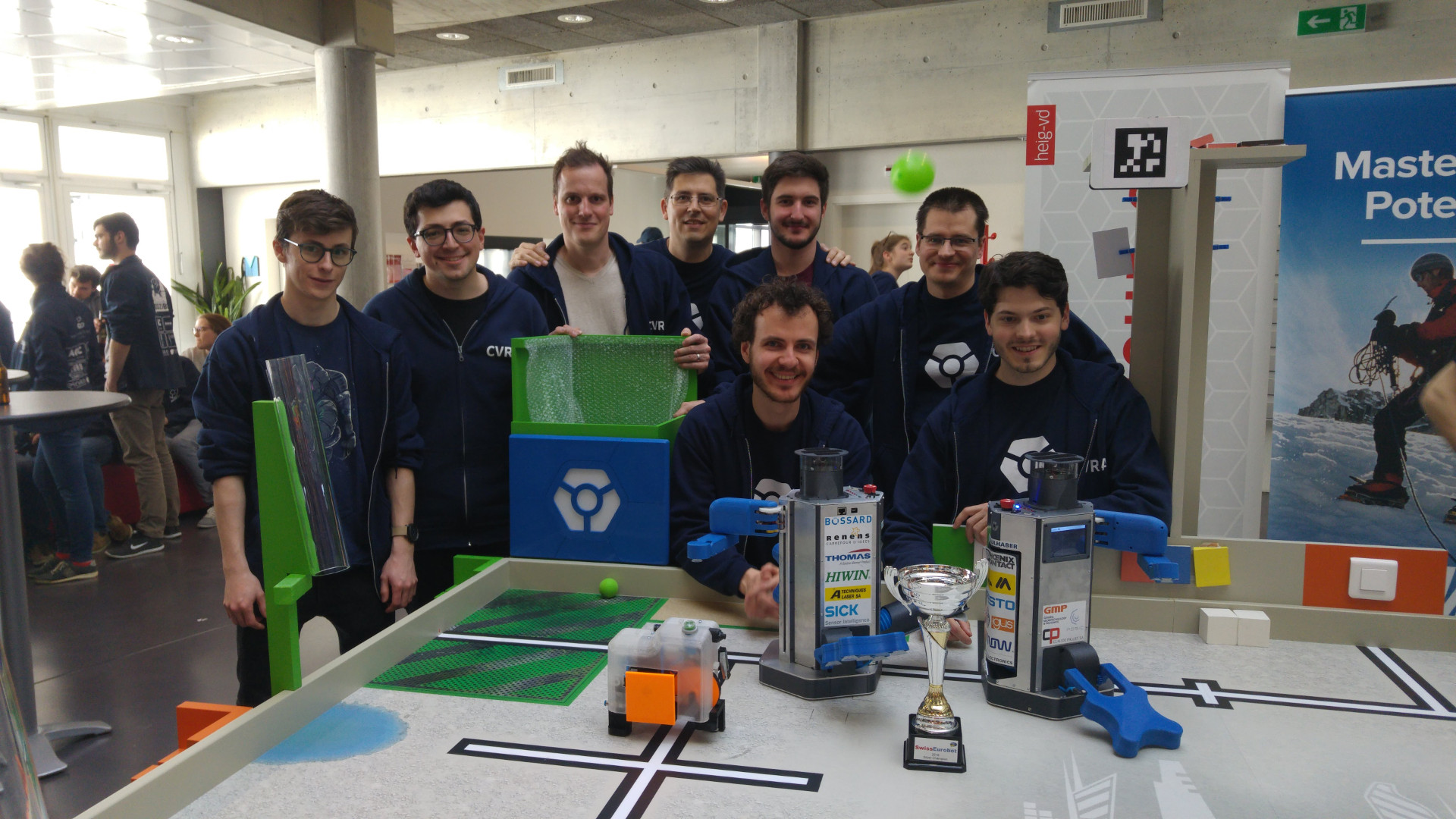 Finally, we participated in the friendly contest organized by Electrolab, Ile-de-France cup, in the beginning of June. There we won the third place.

You can watch all recorded games of the season compiled in a playlist below.