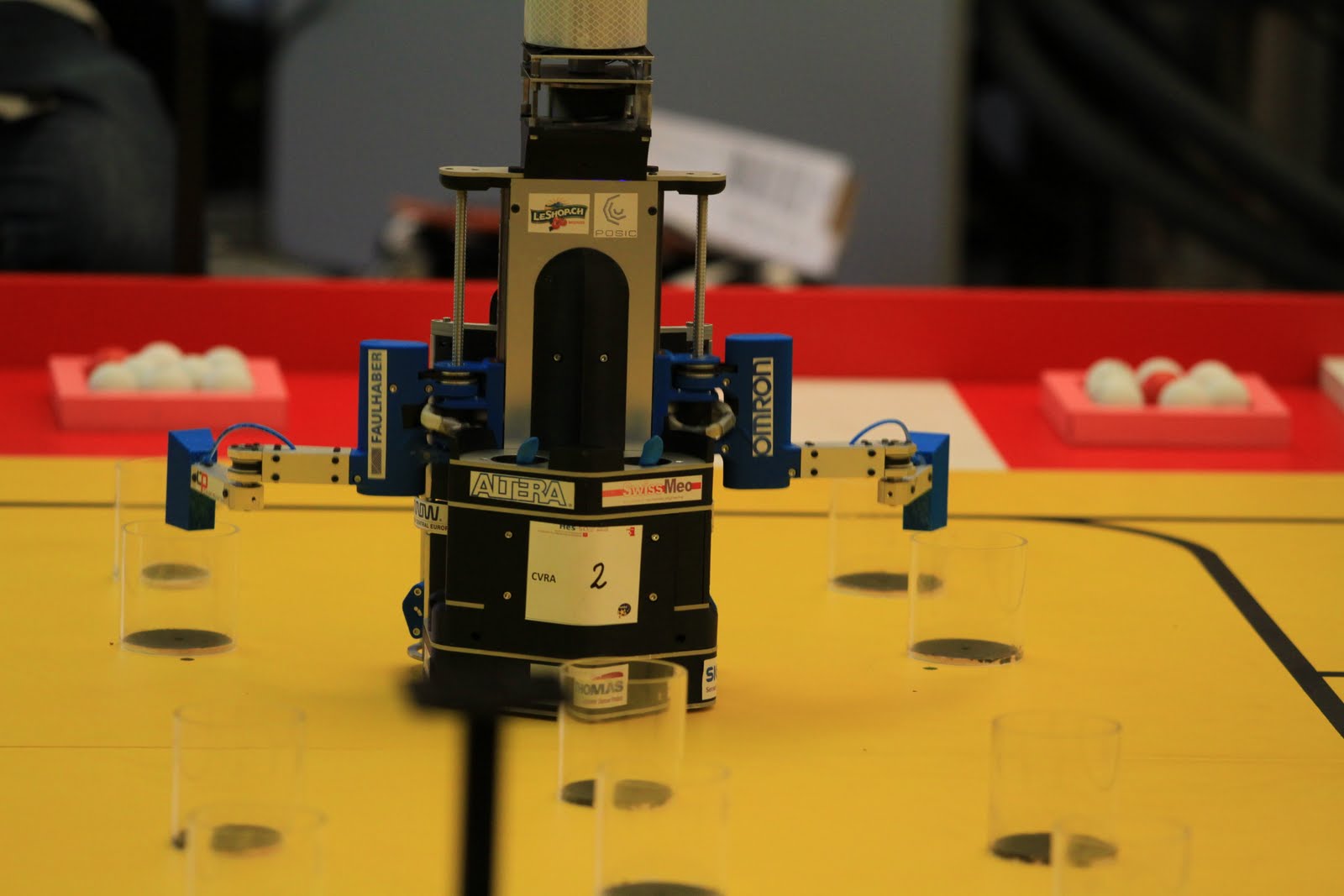 This years marks the 20th anniversary of the contest since it began as the French Robotics cup. The theme of the year, you guessed it, is birthday parties. Among the tasks to be completed by the robots are:

This year, the club decided to participate again in the Belgian Robotics cup after two years of absence. The added pressure boosted us and we finished third at the Swiss contest which won us a ticket to Ferté-Bernard where the European finals would take place. The club also performed well at the European finals, we went up to the semi-quarter finals and won the Jury award for the care taken in the design and realisation of our robot.

This year, we continue on our universal robot Debra featuring two articulated arms, thus reaching its third generation. Like last year, each arm has three degrees of freedom and a suction gripper. These design choices allow our robot to be tailored for the task of fetching cups from the juice fountain. Debra is not limited to this task as it can also open gifts and swell its ballon at the end of the match. 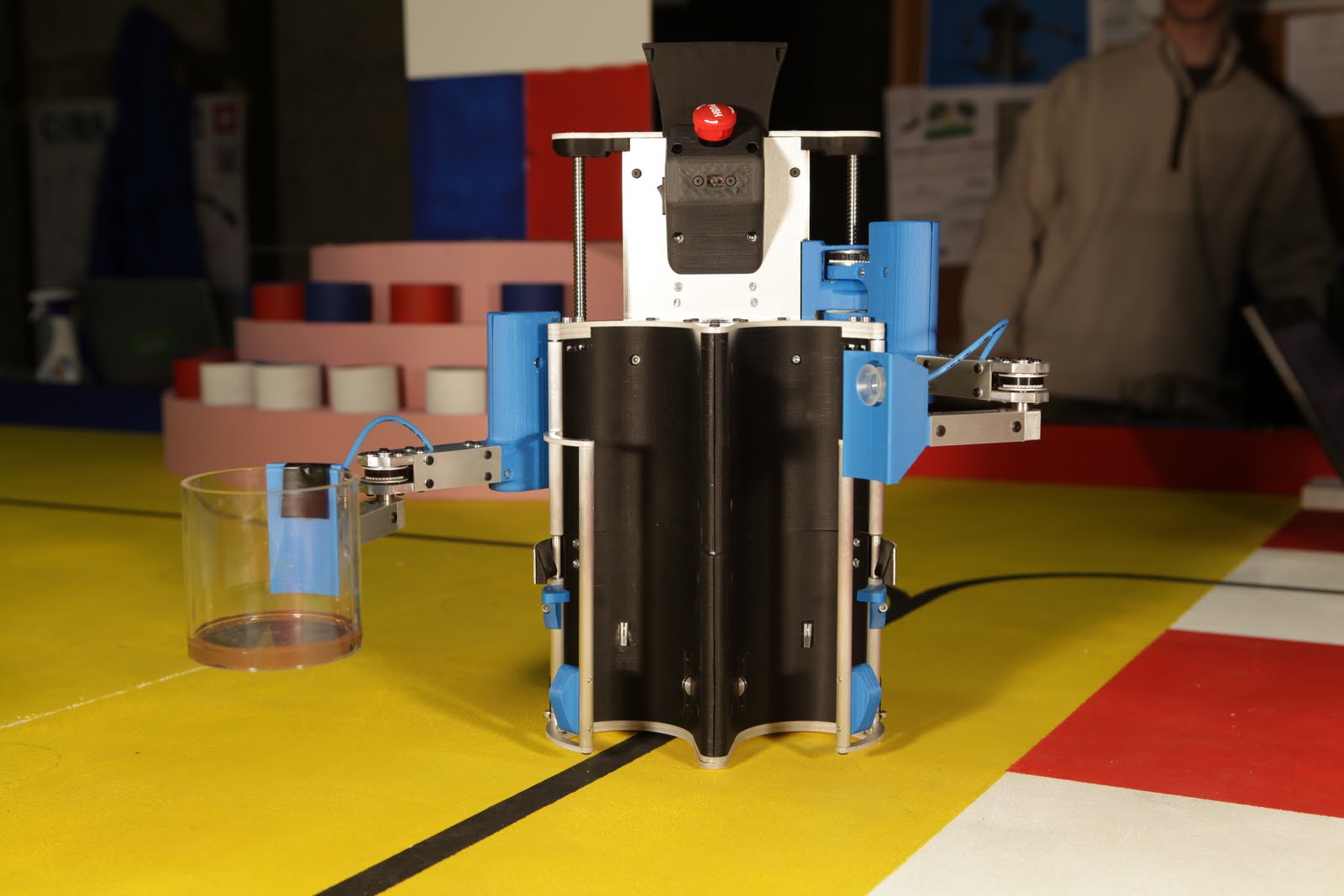 Our second robot, dubbed Nastya, distinguishes itself by its locomotion system. Thanks to its holomic wheelbase made of three roller wheels arranged at 120 degrees, it can move in an omnidirectional fashion. Nastya can, for instance, go in a straight line while turning on itself, or even move in circle while keeping an abitrary heading.

Unfortunately this second robot wasn't ready in time, so it didn't participate in the contest. 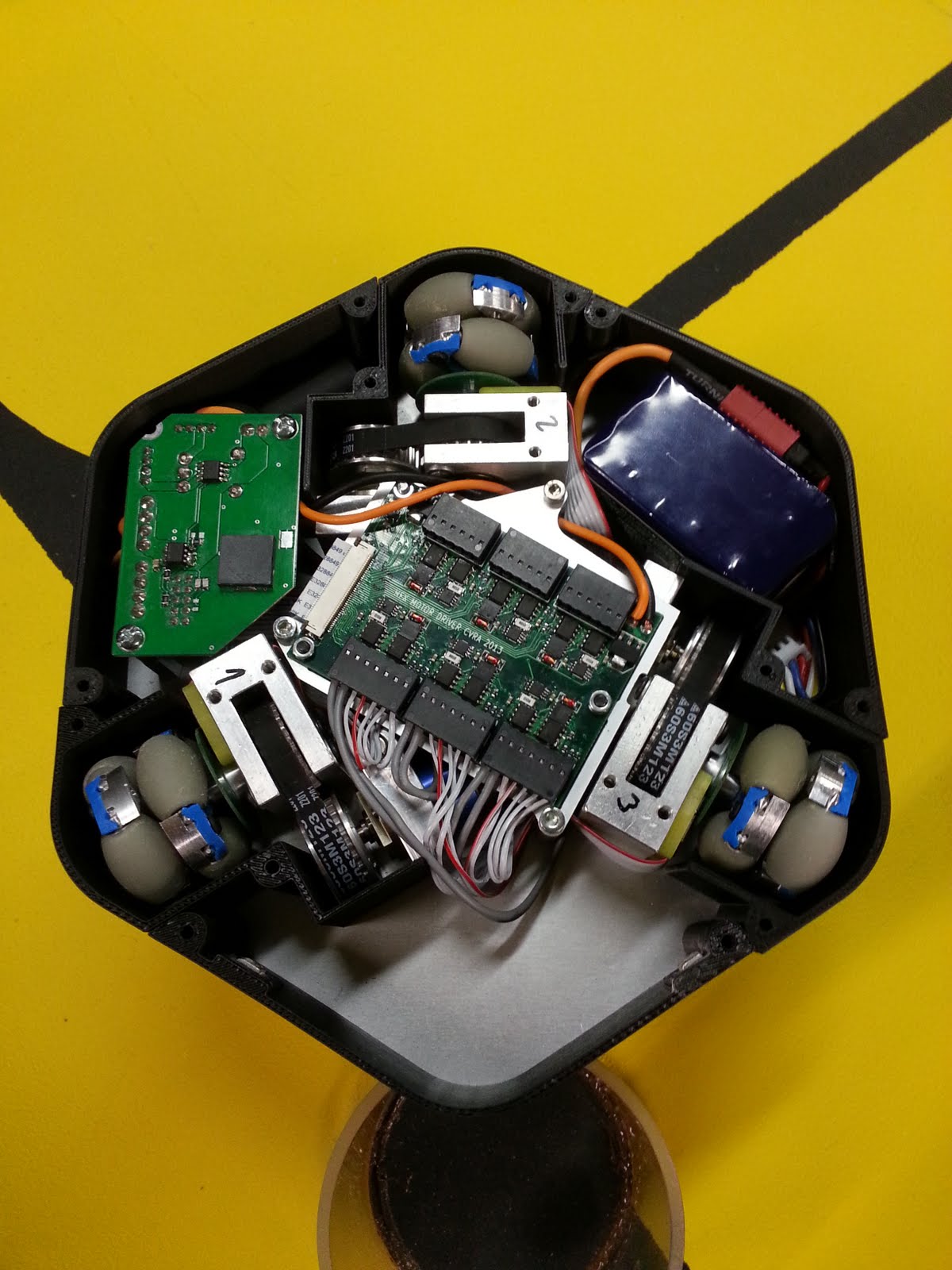 The beacons system allows our robots to avoid collided with the adversary. The setup is quite simple: a rotating mirror and a light sensor are used on each of our robots while reflectors are placed on the opponent's robots.

The phase of the beam reflected by an opponent robot is measured thus allowing us to determine the distance that separate our robot from the opponent's. The closer the opponent, the larger the signal (phase of the reflected beam) is. If the signal is too large, a collision is possible, so our robot stops and decides of a new trajectory. 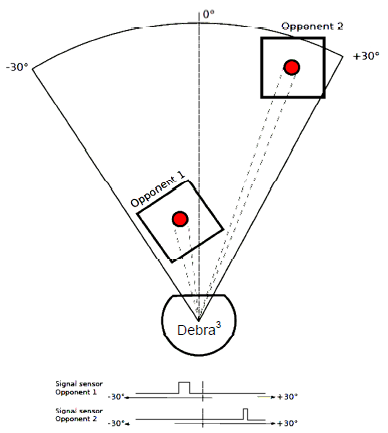