This year, robots go back in time to discover prehistory! In this hostile environment, they will need to have strategy and courage to complete the tasks that lie ahead:

This edition was a good one for CVRA since we won the Swiss cup!

Debra 4 is the fourth generation of our universal robot concept that evolves each year. Its two arms, each with 4 degrees of freedom, allow it to take objects in any orientation. It moves around the table using a standard differential base with two drive wheels and two odometry wheels.

This year Debra used succion cups as hands to manipulate the fires and flip them on our side. 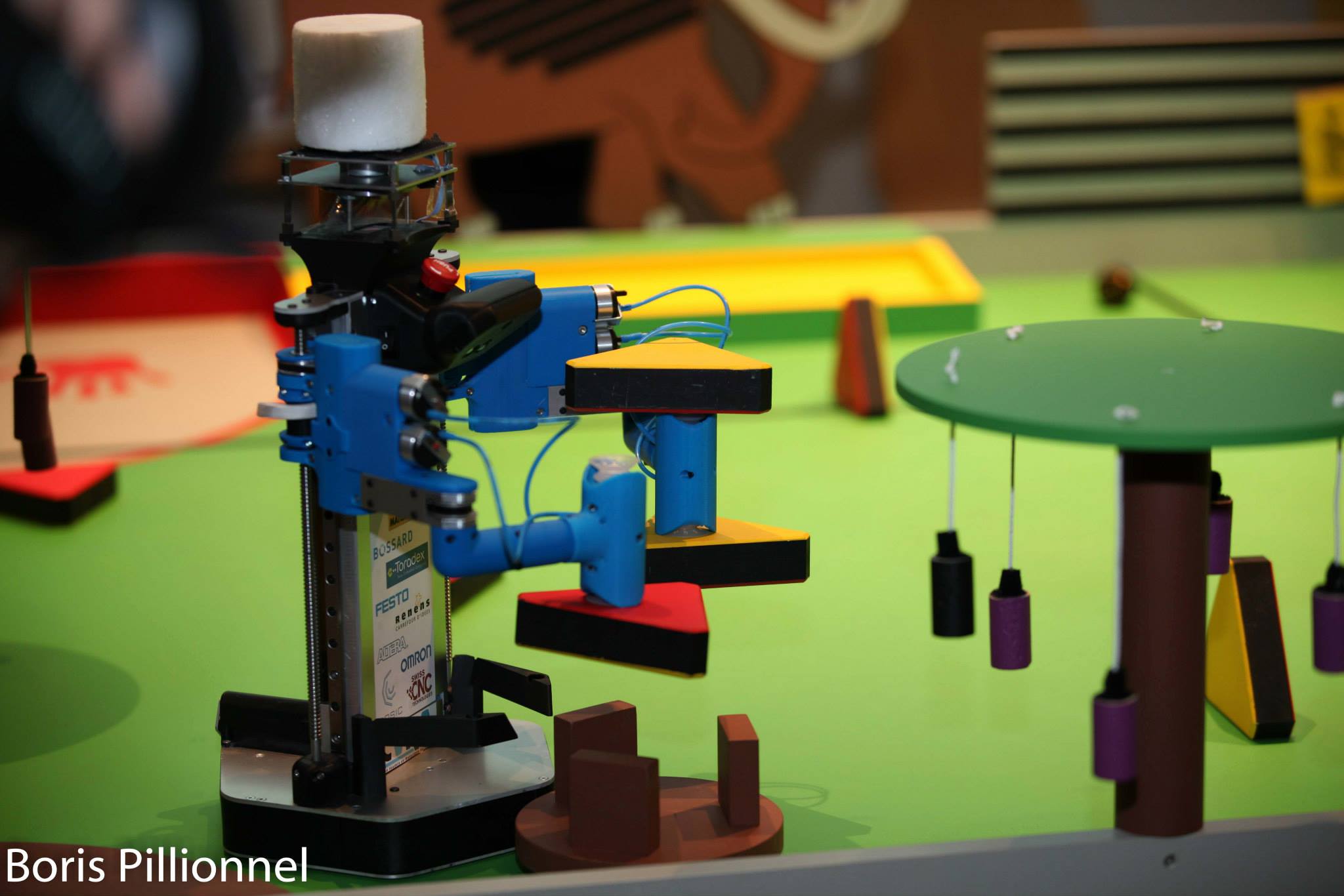 Our second robot, Nastya, distinguishes itself from other robots by its way of moving on the playing field. While most robots use only two wheels, Nastya has 3 omni wheels in its holonomic base, allowing it to move around freely. For example, Nastya can move in a straight line while spinning or move on a circular trajectory while keeping the same orientation. This is useful for Eurobot as it allows the robot to escape every possible situation.

This robot was responsible for the fresco delivery and for the hunt and capture of the mammoths. 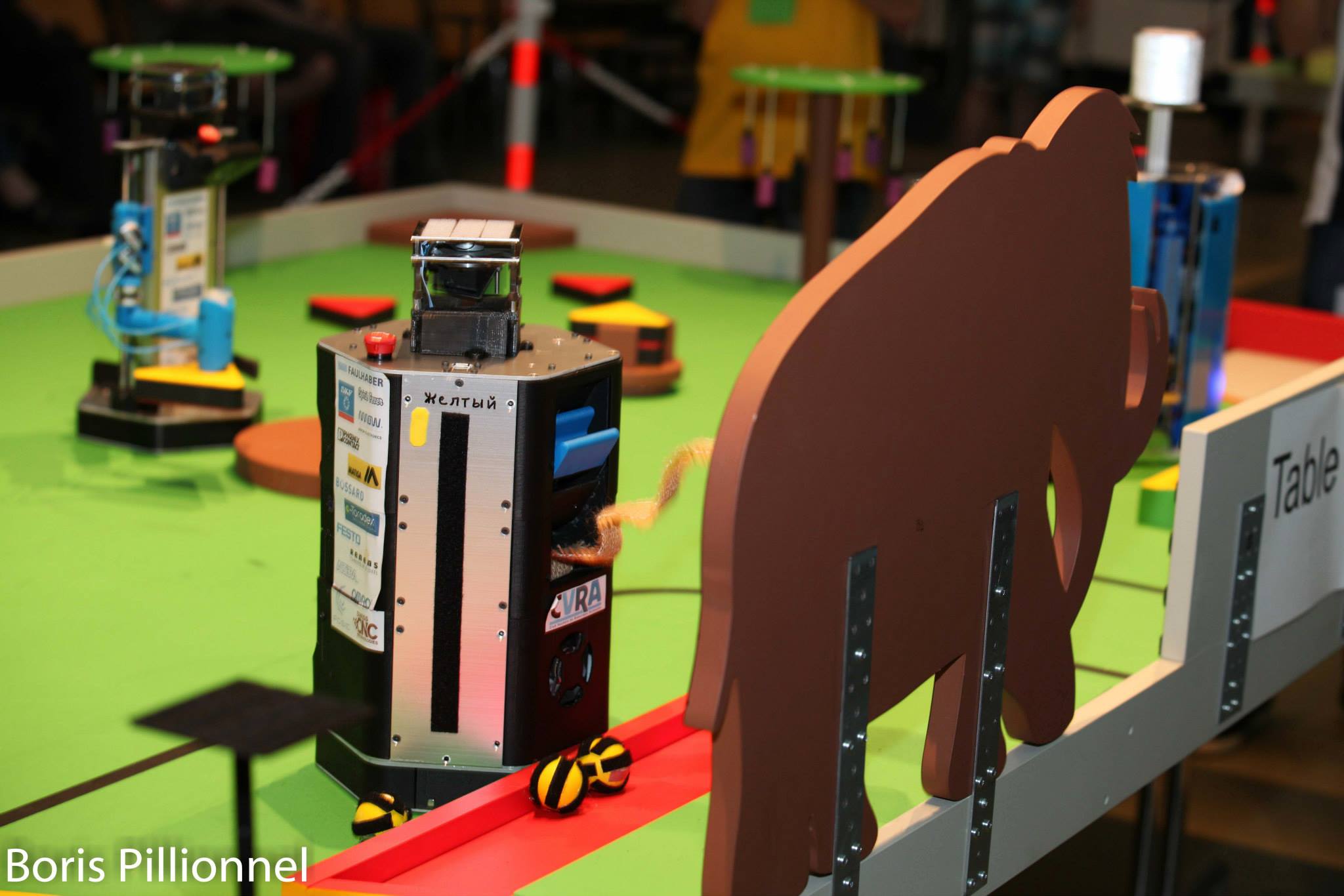 To have the best solution to our needs, all our electronics is custom made by the team members. The core of the system is an FPGA development kit, the DE0-Nano from Terasic.

The FPGA programmation is split in two parts:

We have three different types of interface boards to connect the FPGA to the real world: 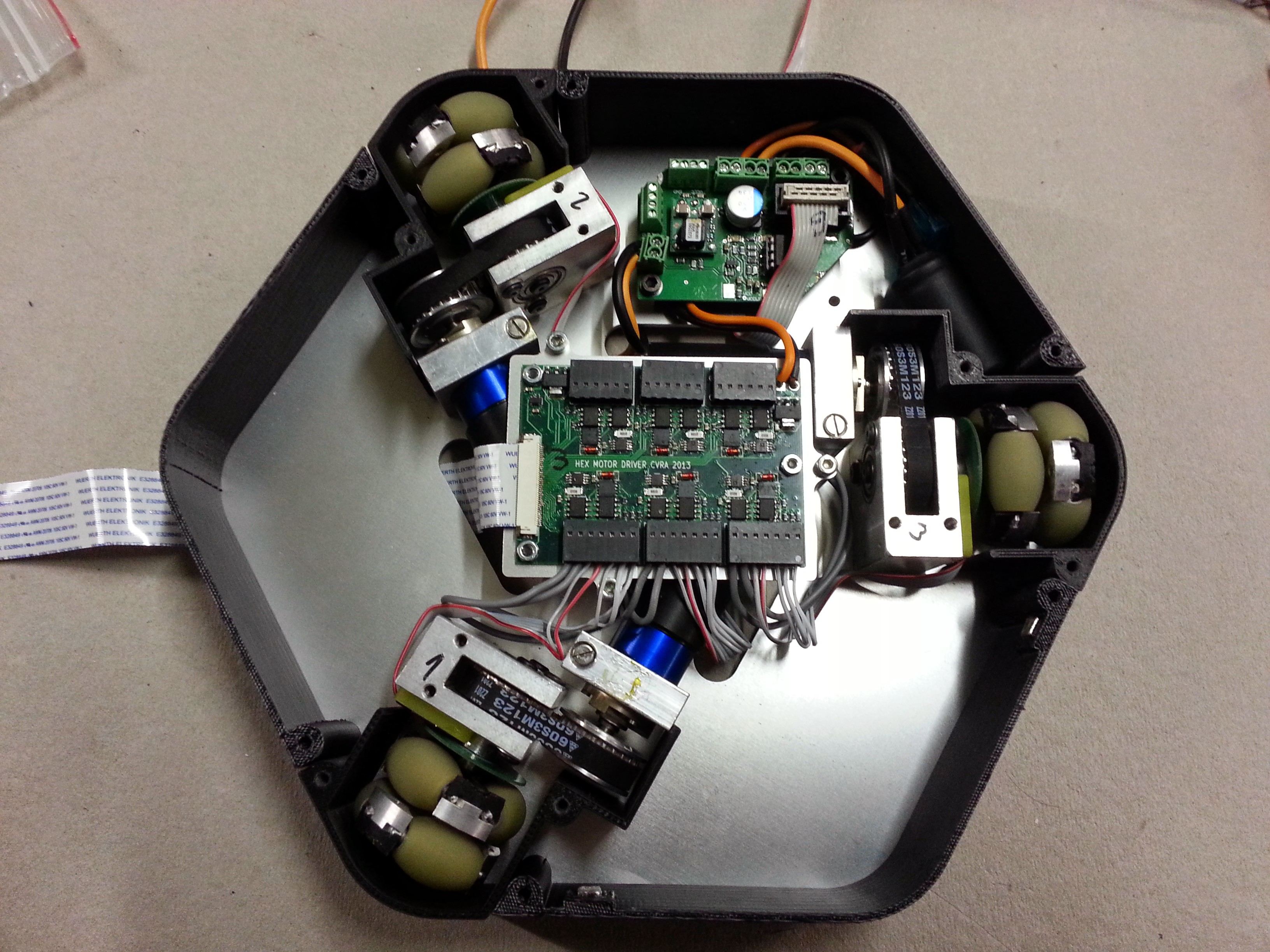 Each of our robot has its own embedded PC running Ubuntu Linux. Those were supposed to handle computer vision algorithms which could not be finished on time. The last board, which can be seen on the picture is our power board, which provides regulated voltage and prevents our LiPo batteries from over discharging. It also handles the emergency stop button.