After an intense year spent on film sets, the robots take some holidays. Fishing, sandcastles and shells are on the agenda. Before taking the plunge, do not forget to check your flags!

The robots have several objectives to achieve during the 90 second game:

For this edition, we participated with two robots: Debra and Goldorak. 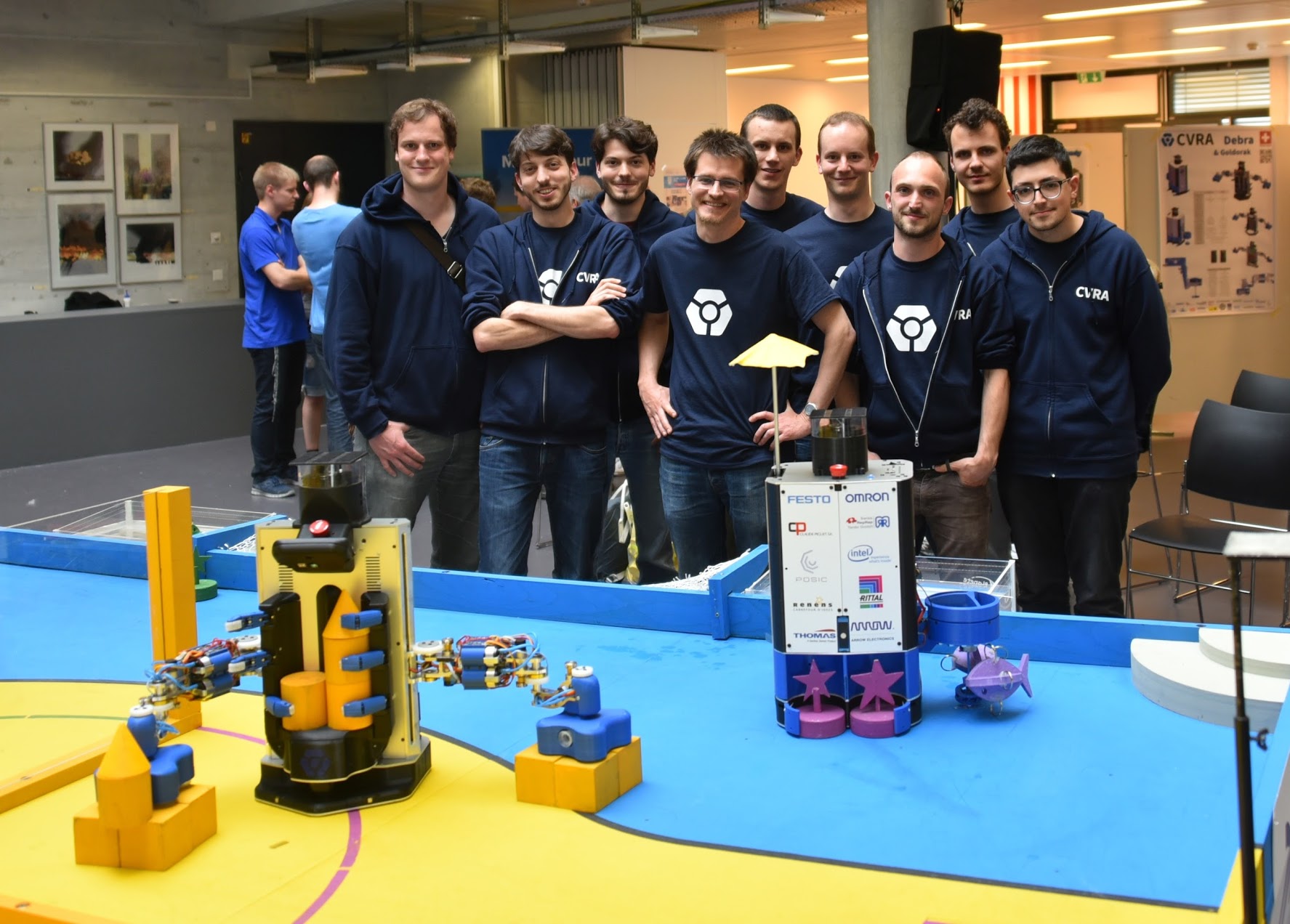 Debra is our biggest robot, you know, the one with two arms. Equipped with its articulated arms, each with a hand made of five suctions cups, its main role is to grab and stack the blocks to build a sandcastle that will make jealous its opponents. On its way to the sand dune, Debra also closes the beach cabins doors thus lifting their flags.

Debra also has an embedded computer and a SICK Lidar which enables it to perceive its surroundings. It uses its wheels encoders as well as its Lidar to localize on the table. 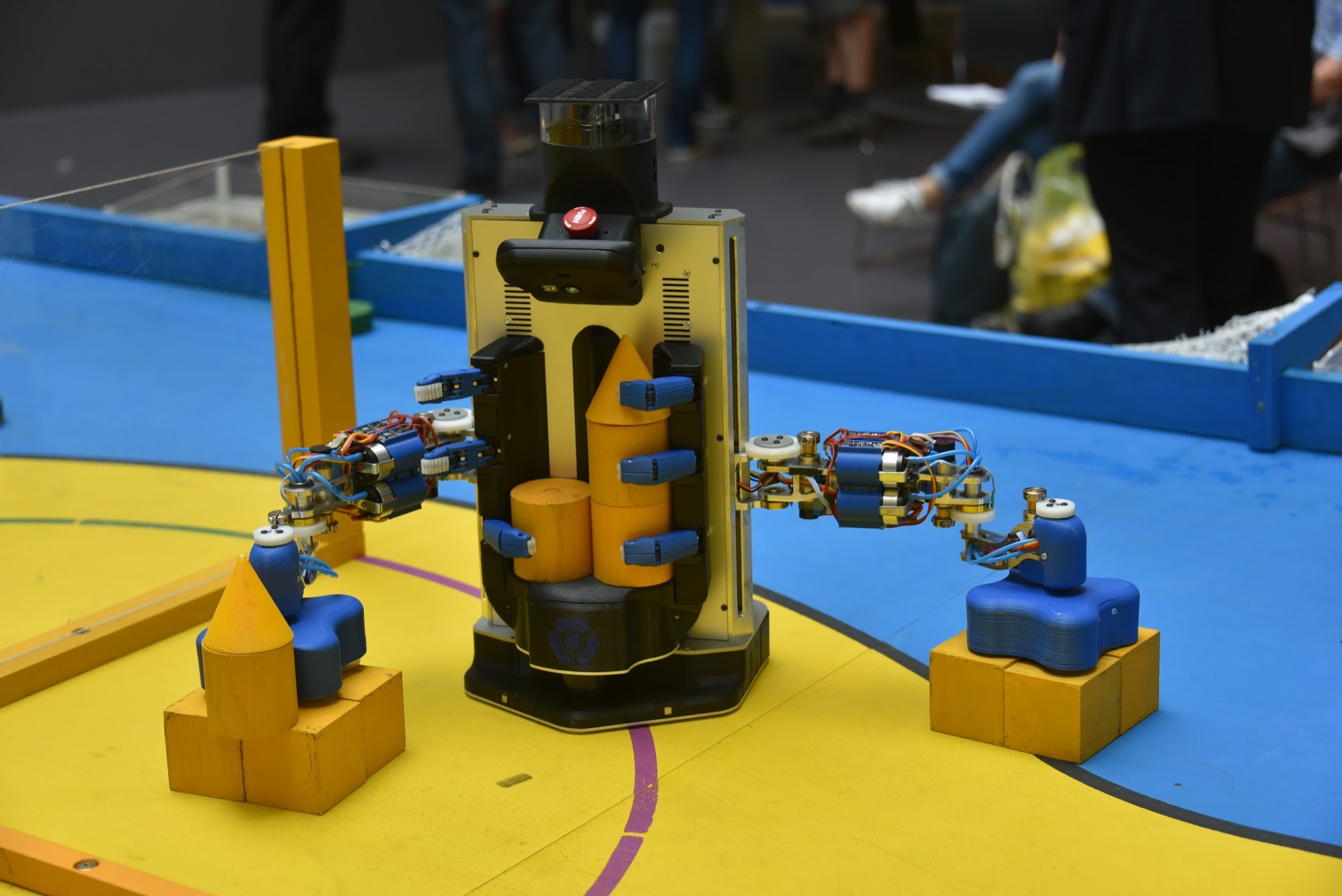 Goldorak is our smaller robot, named after the japanese anime series and manga, also known as Grandizer to English-speakers.

It goes fishing in the water tank, sucking fish with its propeller and catching them with a magnet trap. Clamps on its base allow it to collect seashells. It is also responsible for planting the beach umbrella for the team in the end game. 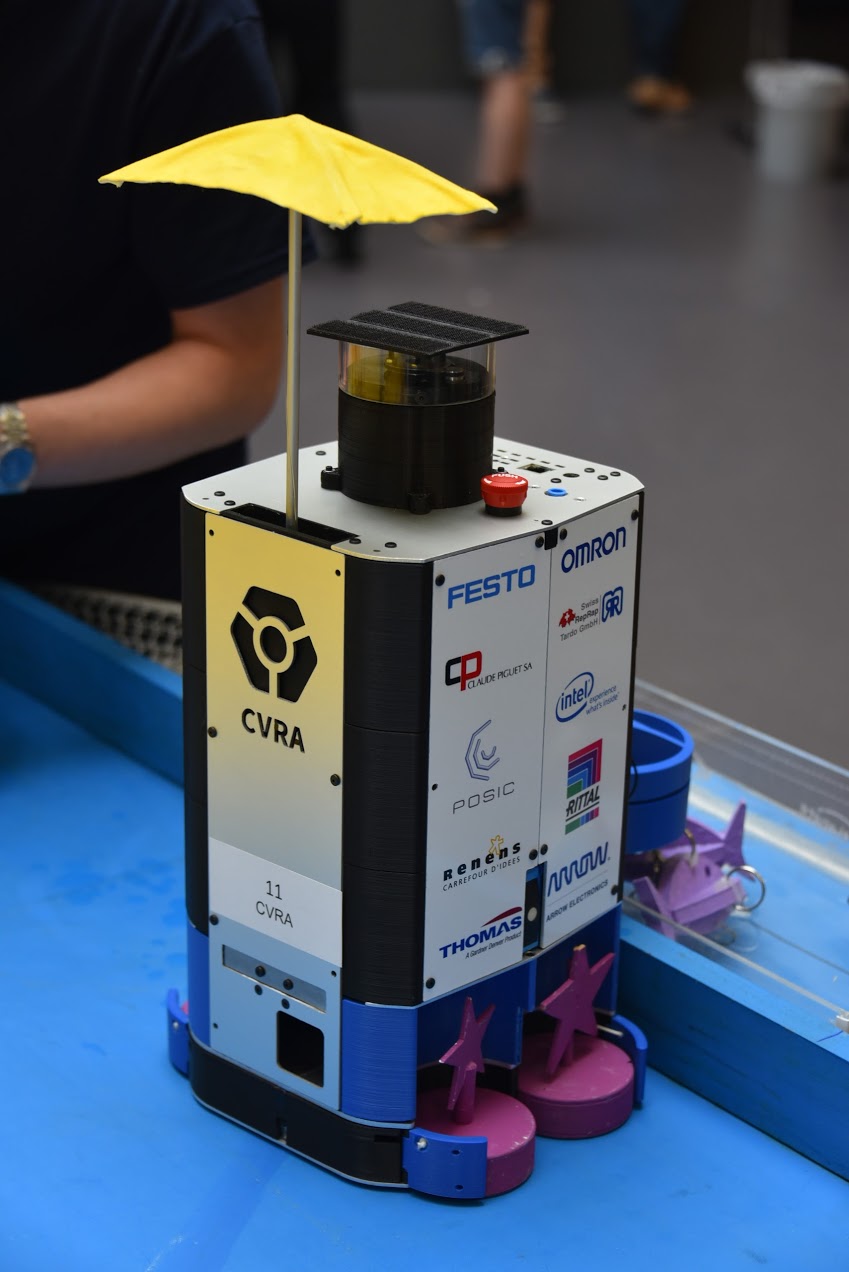 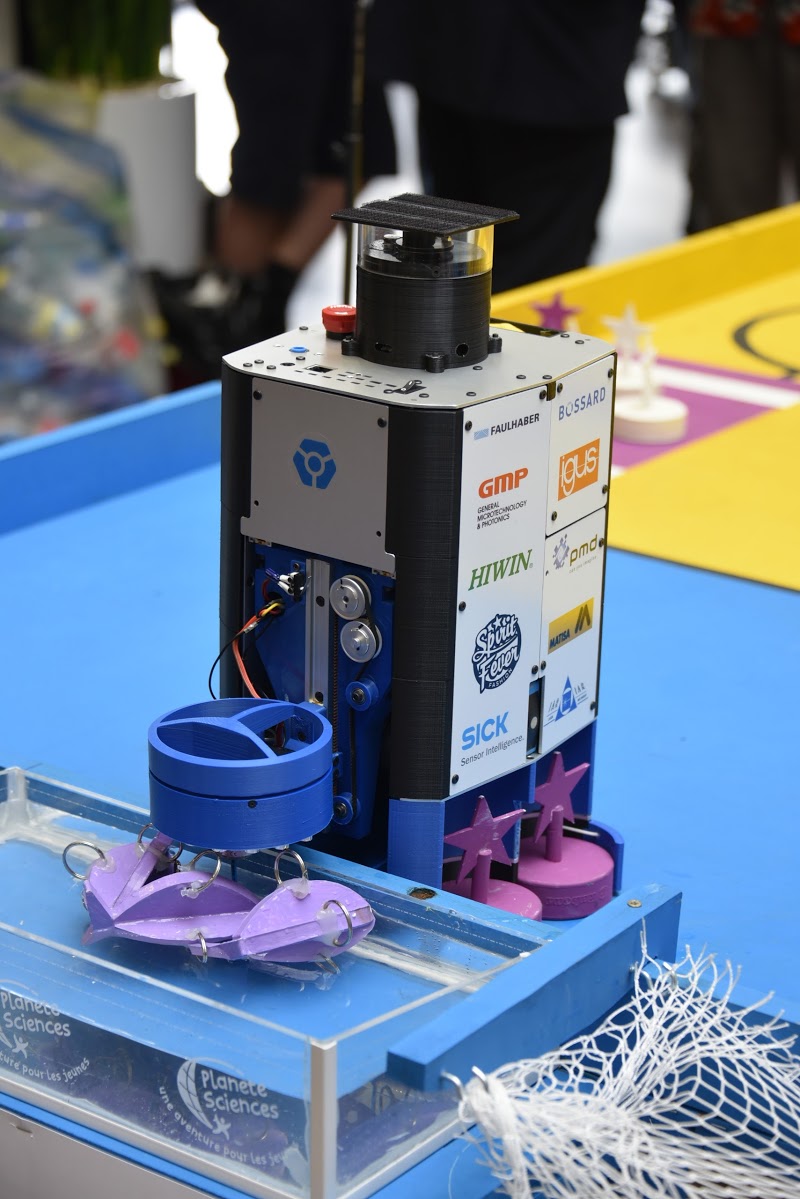 The specialty of the club, that we iterate and improve upon since six years, is the use of articulated arms of SCARA type. The main benefit of this technology is its huge versatility in performing the everchanging tasks each year in the competition. Each arm is brought to life by four geared DC motors manufactured by Faulhaber. At the end of each arm, a gripper made of five suction cups enables Debra to move, pick, and place game elements on the table. One of the novelties of this year is the addition of a fourth motorized axis: the continuous rotation of the gripper. Through this joint pass six electrical signals and four pneumatic tracks.

The robots embed a wide range of actuators: geared DC motors, vacuum pumps, and servo motors: 13 for Goldorak and 31 for Debra. Each motor is connected to a homemade board dubbed the motor board. And to connect such a high number of elements, while keeping some flexibility in the design, a CAN bus was put in place. This allows one central node, containing the “intelligence” of the robot, to give instructions that will be executed locally by each child board.

This year has also allowed the club to experiment with ROS, the Robot Operating System1. ROS is an open-source ecosystem for the development of robotic application that is heavily used in research. It provides an easy access to a wide variety of software libraries written by various robotics specialits. The accent is on the reusability of the software building blocks of a robot. The prototyping is thus accelerated.