Robots in a skittle game! The team which will count the largest number of skittles of its colour laid down at the end of the match, will be the winner. But be careful: it seems easy and quick to lay down its own skittles, however this is also possible to set up the ones of the opponent. With one or two robots per team, this is probably were is the challenge… Which strategy your robot is going to choose ?

Hansel is our attack robot and has the responsibility of taking down opponent's skittles. It moves around using its tracks, which allow it to go across any obstacle he may encounter.

To find standing skittles, Hansel uses infrared distance sensors in front of it and behind it. It can then take them down simply by pushing them. 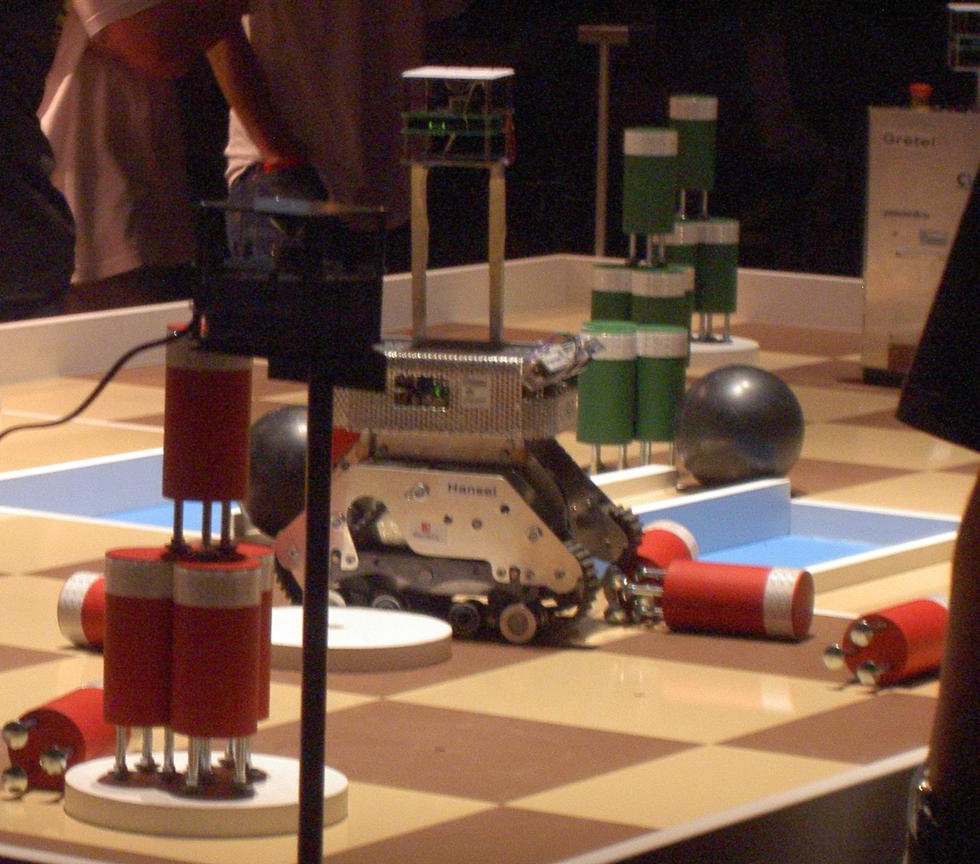 Gretel has a much more subtle task. Its role is to stand up fallen skittles while avoiding those which are standing. To do so it is equipped with three magnets, one per side, which are used to grab the skittles by its screws.

Gretel follows our tradition of holonomic platforms established since a few years. It uses three omni-wheels to easily avoid obstacles or get out of complex situations. 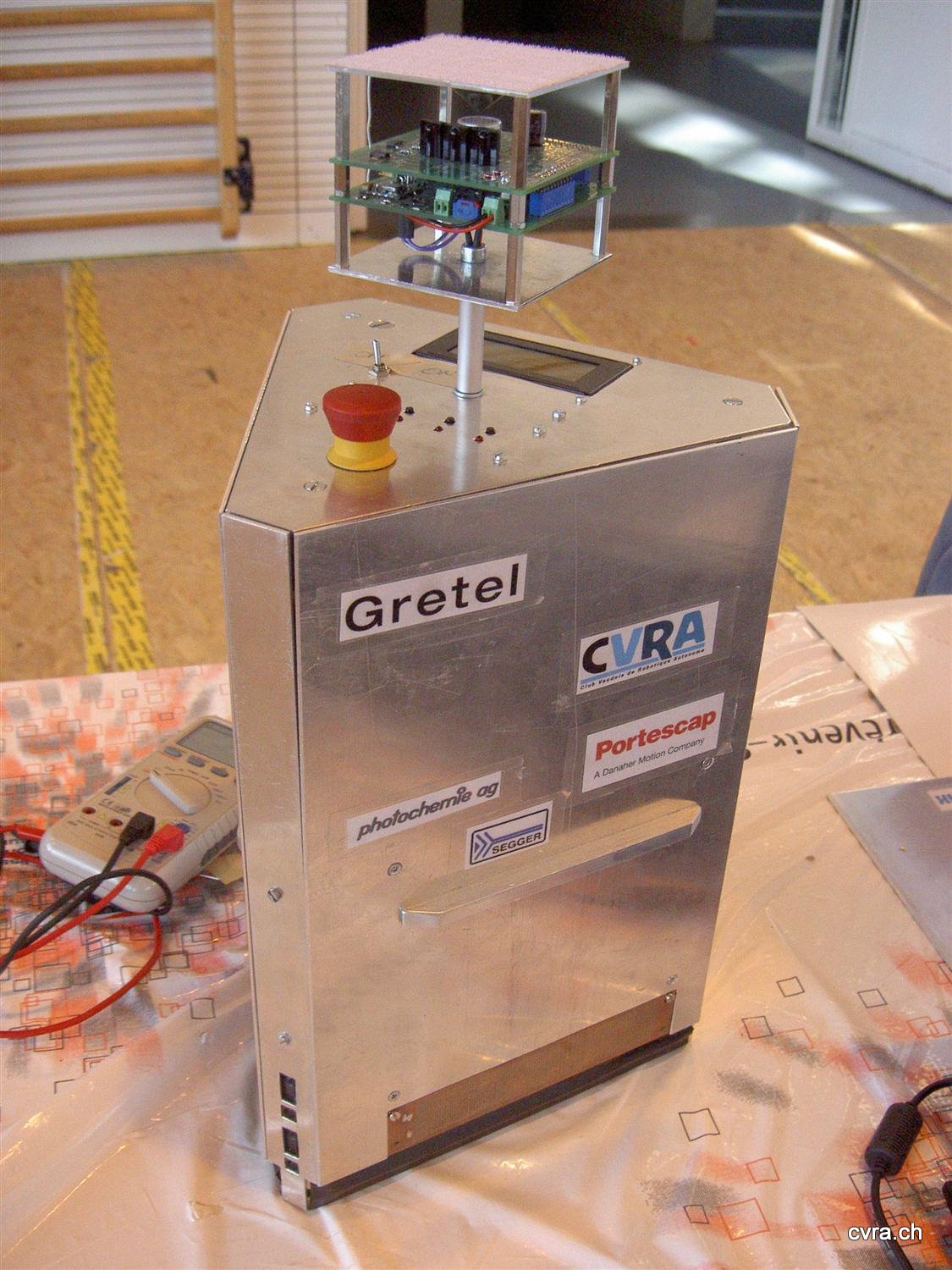 One big technological change that year was the introduction of our new ultrasonic robot positioning system. Each robot has an ultrasonic emitter on top of it and periodically emits short bursts. At the same time a message is sent using a radio link. Those bursts are received by sensors on the borders of the playing field and the time between emission and reception is measured, which gives us the distance between the robot and the receiver. One can then find the position of the robot on the table using simple geometric computations. 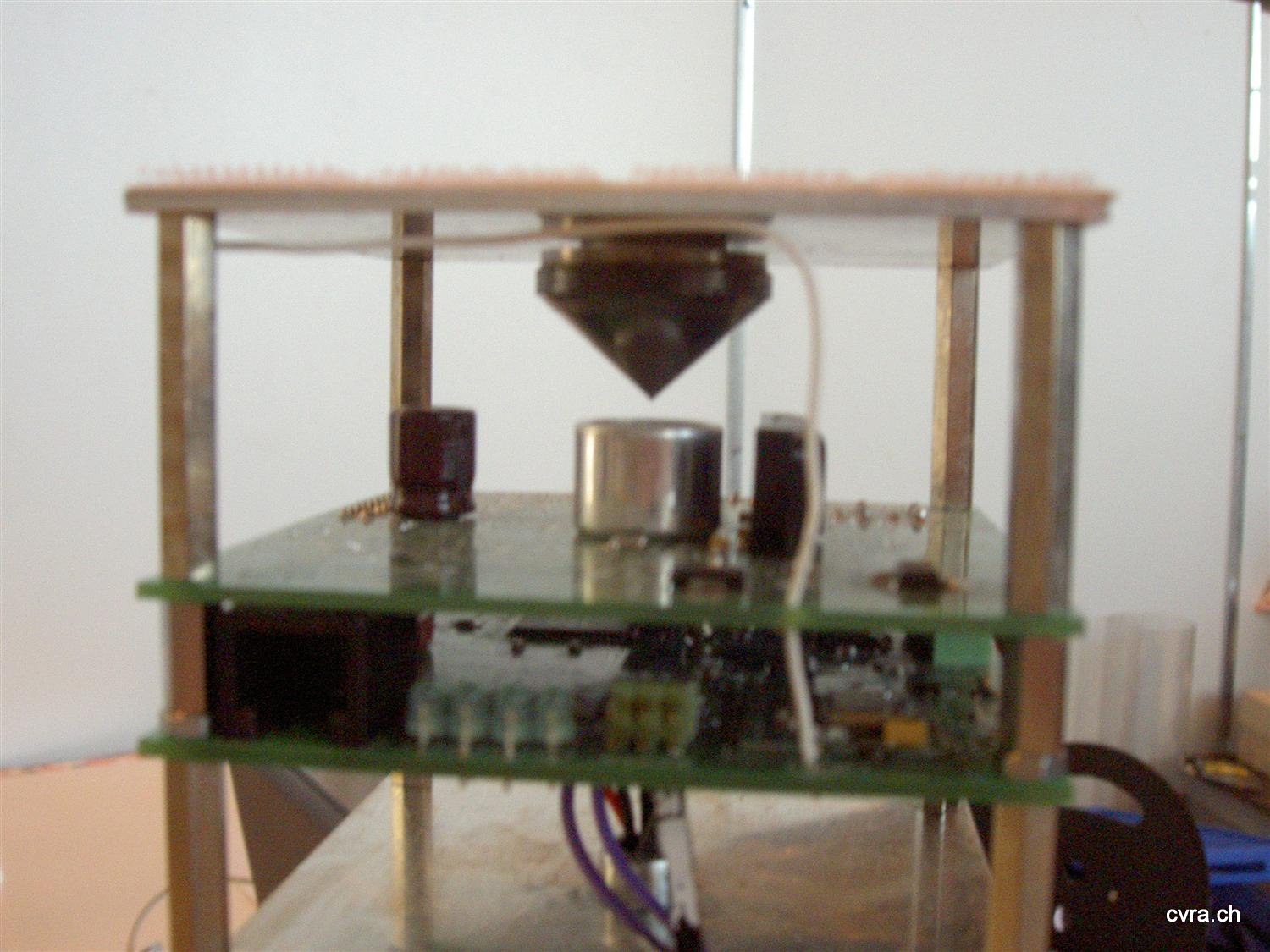