The robots have become pirates, and take part in a treasure hunt in order to gain as many coins as they can. They will have to undertake the following tasks: 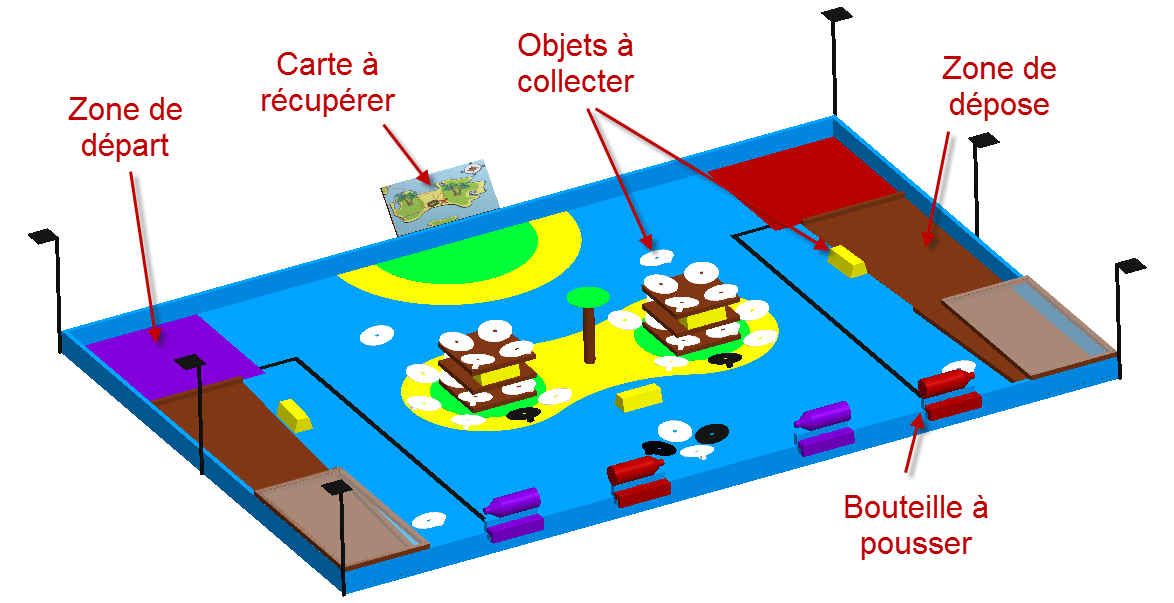 Debra 2 is the evolution of the previous year robot. Our long term goal is to create a polyvalent robot that could be extended each year. To accomplish this goal it is equiped with two robotics arms with 3 degrees of freedom allowing it to adapt to its changing environment just by changing the end effector. This year, each arm is equipped with two succion cups, allowing it to catch the coins from above and ingots from the side. The robot can also store the coins on board to drop them at the base later. 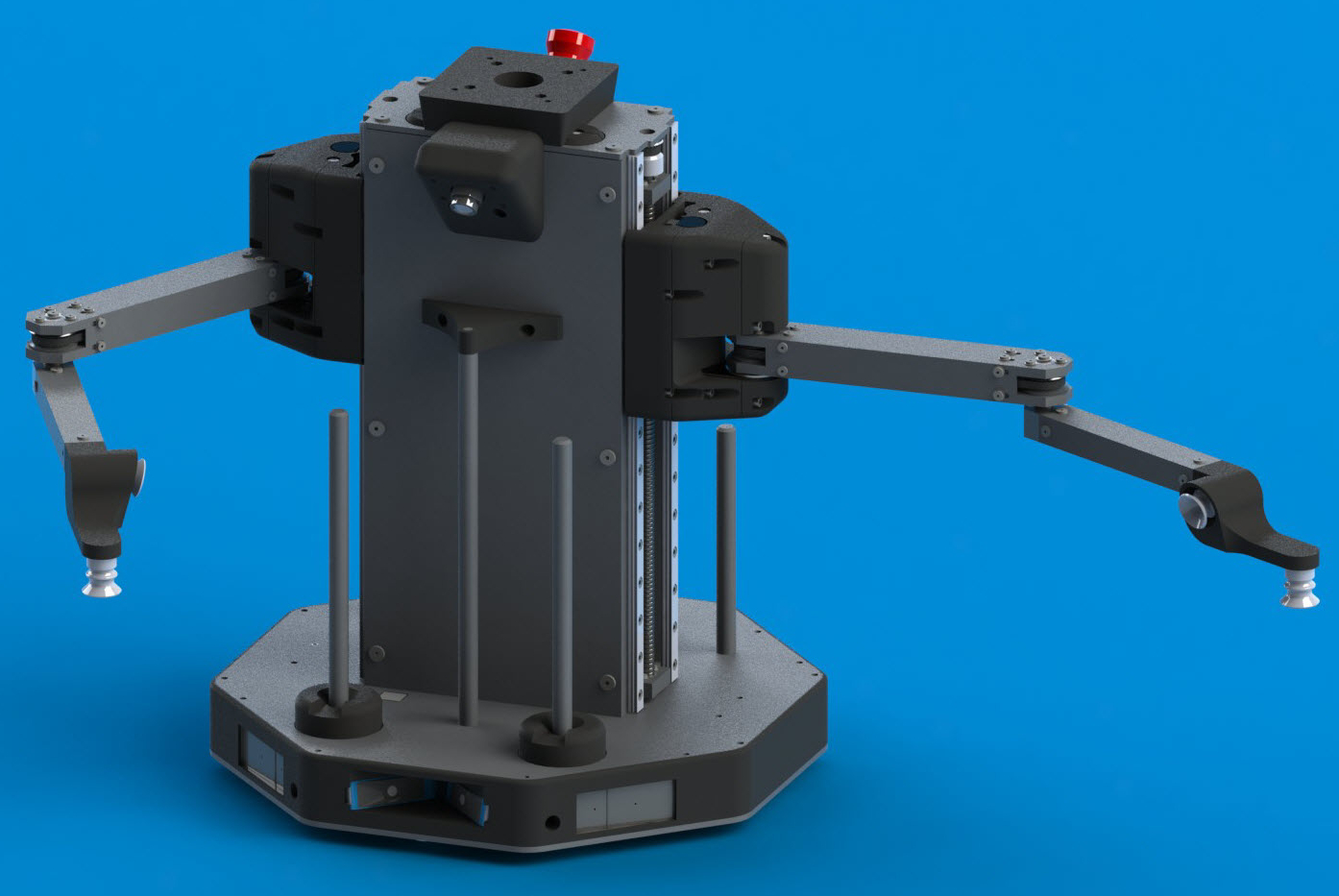 Although the robot had a rough start in the contest due to slightly different playing elements we were able to go pretty far in the contest. After a dramatic double-draw we had to forfeit after the loss of a drive motor to overheating. 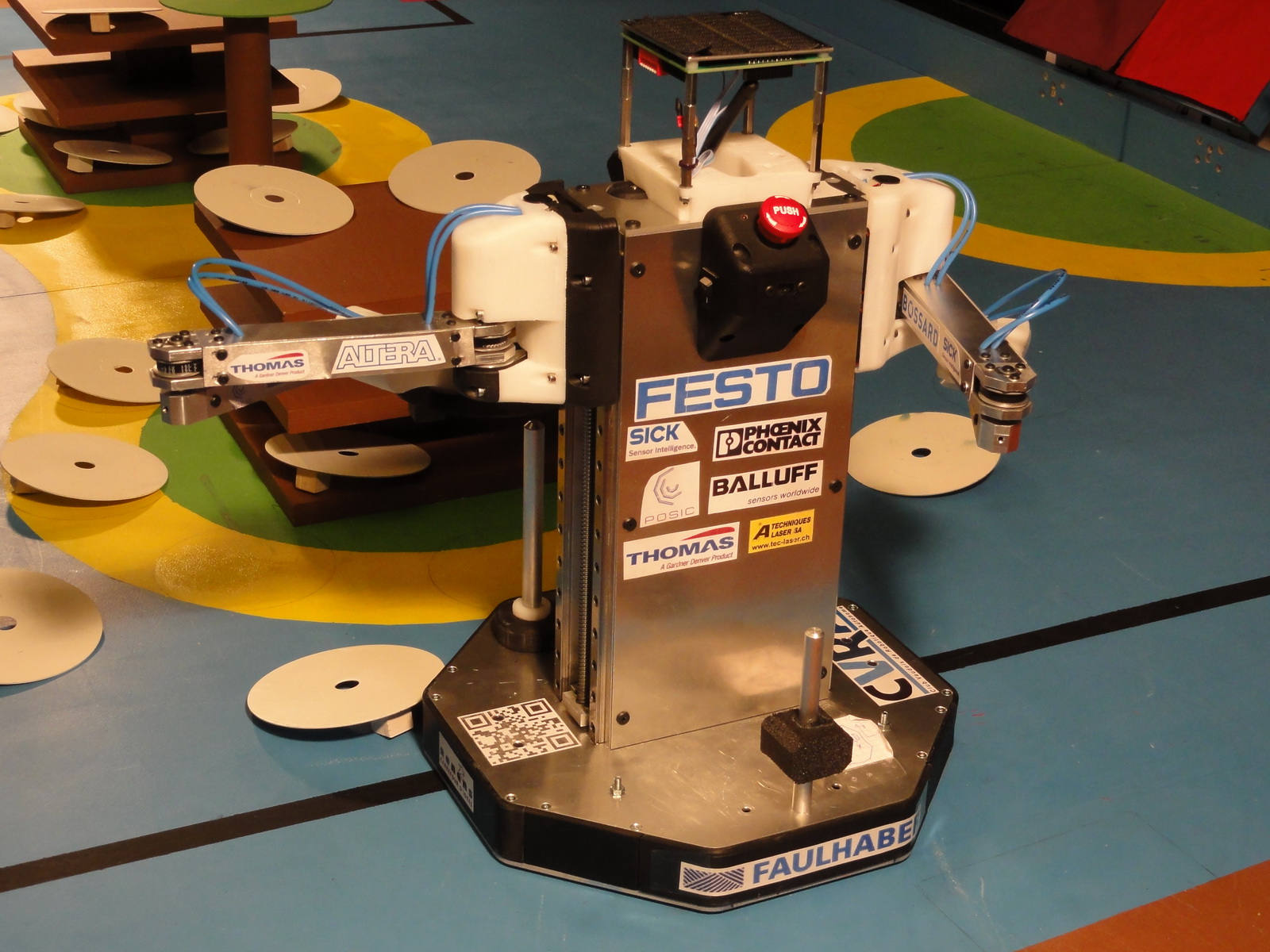