In March 2016, ESA (European Space Agency) has revealed its Moon Village project which will take place in 20 years. The goal is to build a permanent plant on the Moon surface with resources gathered in situ.

It is within this context that your robots will set out to conquer the Moon! Your mission, should you accept it, will consist of:

For this edition, we participated with one robot: Debra. 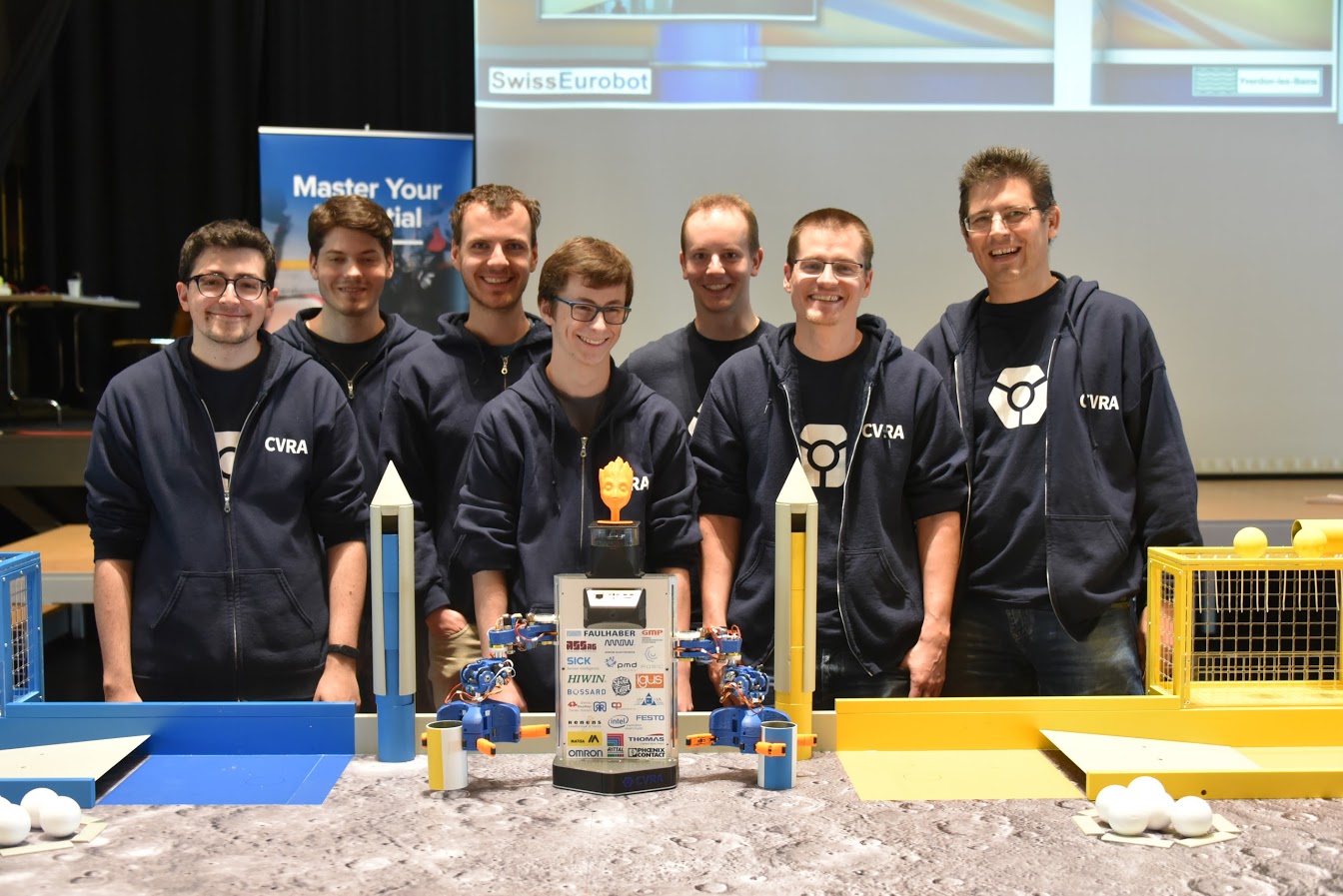 Debra is our biggest robot, you know, the one with two arms. Equipped with its articulated arms, each with a hand made of four slots with fingers, its main role is to grab the lunar modules vertically, and stack them horizontally to build up a lunar base.

Once the lunar base is complete, a rocket launches from Debra into space, to boldly go where no Debra has gone before.

The specialty of the club, that we iterate and improve upon since seven years, is the use of articulated arms of SCARA type. The main benefit of this technology is its huge versatility in performing the everchanging tasks each year in the competition. Each arm is brought to life by four geared DC motors manufactured by Faulhaber. At the end of each arm, four grippers made of a convex slot with an articulated finger enables Debra to move, pick, and place game elements on the table. One of the novelties of this year is the addition of a fourth and a fifth motorized axis: for pitch and continuous rotation of the gripper.

The robot embeds a different kinds of actuators: geared DC motors and servo motors: 21 this year. Each motor is connected to a homemade board dubbed the motor board. And to connect such a high number of elements, while keeping some flexibility in the design, a CAN bus was put in place. This allows one central node, containing the “intelligence” of the robot, to give instructions that will be executed locally by each child board.

This year we decided to remove any embedded computer from the robot, and focus on using microcontrollers for everything. This removed some hurdles introduced by additional communication layers. Our main board is an STM32 Cortex-M based board that runs all the high-lever control systems, path planning, and strategy. It controls all the motor boards over CAN, and processes feedback from sensors wired on our IO boards also over CAN.

The system proved much more reliable, however some reliability issues with the arms prevented Debra from reaching its full potential. As we finished 9th, one rank short of the finals.